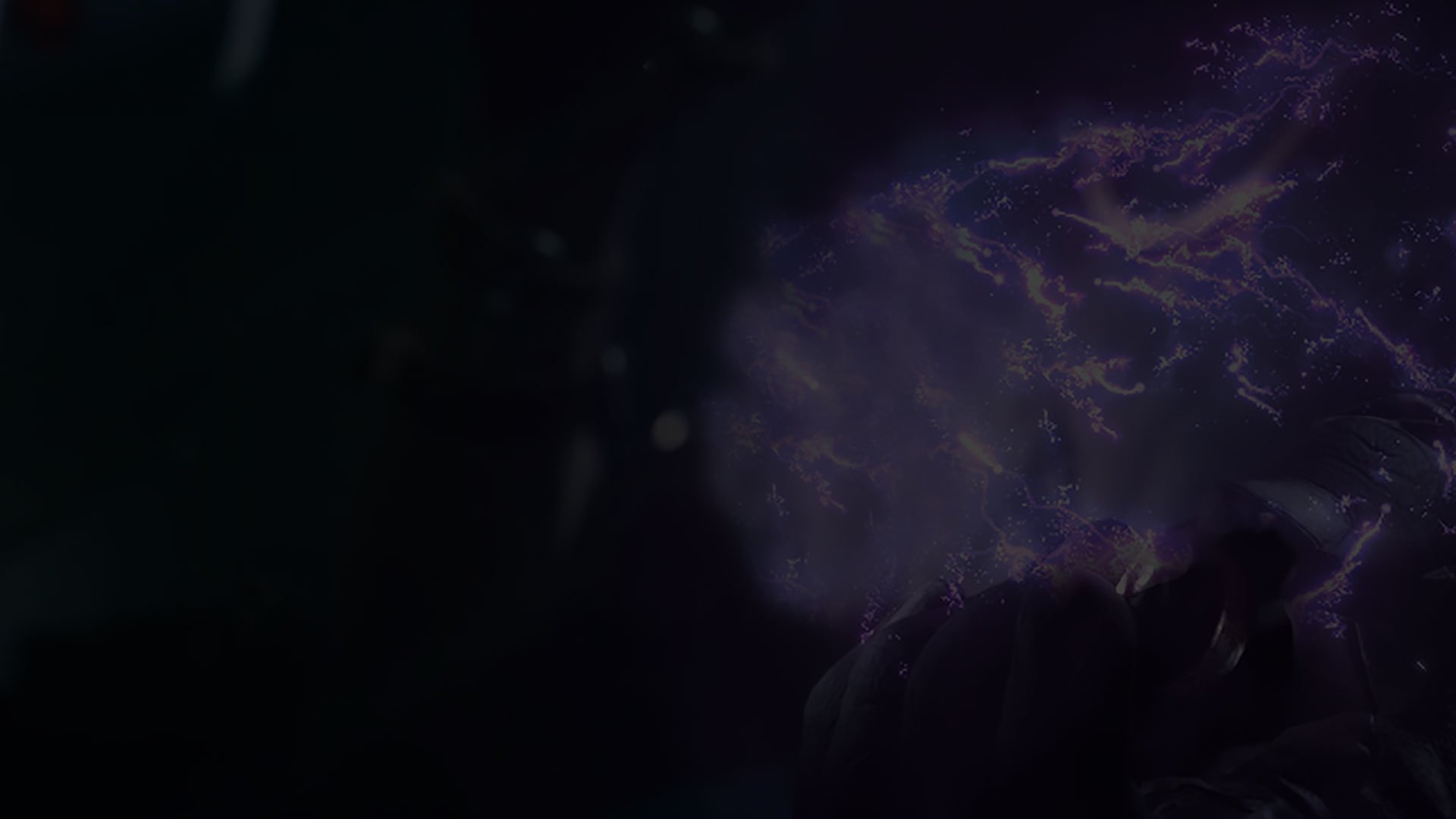 The goal of this technical article is to give you an insight into one of the cornerstones of PopcornFX : its scripting system, and shed some light on how we manage to keep performance high.
Before we start diving into the technical details of the PopcornFX script execution and memory model, here is a quick history of how the scripts evolved through time:

The “Blast.pkfx” effect, in nodal view

After  halting development for two years, decision is made in 2010 to make an fx middleware, named “HellHeavenFX”.

It keeps the nodal representation under the hood, but displays it as a simpler treeview to hide the underlying complexity, all subsequent 1.x versions keep working this way.

The same “Blast.pkfx” effect, displayed as a treeview in v1.0

“HellHeavenFX” is rebranded to “PopcornFX”. Gives us an excuse to stuff our faces with popcorn every time there’s a party at the office!

It introduces a GPU backend in addition to the old (2008) CPU backend : We find out making popcorn run on the GPU is actually a piece of cake, thanks to the initial design.

On the left, “Blast.pkfx” again, On the right, an effect running on the GPU.

v2.0 goes back to a nodal view, pretty different from the original 2008 nodal system, nodes and script nodes will be merged together under the hood into an unified script, condenses all we’ve learned from more than 8 years of almost exclusively working and experimenting on particle effects, as well as the community feedback.

Here’s the example of a simple script that scales a ‘float4 Color’ particle-field by a scalar ‘float Brightness’ particle-field, and preserves the alpha of the original color:

This script is compiled to the following low-level instructions:

There are a few ways we could approach the problem of running that script on many particles. Some more efficient than others:

SISD stands for Single Instruction, Single Data.
This is the execution model used by regular CPU instructions.
If we transpose this to particles: for each particle, we run the script on that particle’s data. Each instruction processes single values (ex: mul a color with a brightness)

SIMD stands for Single Instruction, Multiple Data.
In this model, we run the script on blocks of 4 or 8 particles to take advantage of the CPU’s SIMD vector instructions. Each instruction processes 4 particles if running on an SSE-enabled CPU, 8 particles on AVX-enabled CPUs.

Run each instruction on all particles, then jump to the next instruction.
Initial model of v0.1 (2008)

Split particle storage in smaller, fixed-size chunks so that on average, all the data needed by the script fits into the CPU caches, then run each instruction on all the particles of that chunk. Model of v0.2 (2008), still used today

The actual data layout of the particles is extremely important for performance. There are also various ways to store the particle data:

One C++ class/object per particle, with virtual update and render methods.

Each particle is a tightly packed data structure containing position, size, life, velocity, etc.. The update and render functions loop on this array and process the data for each particle.

Each particle has a list of “properties” (which we call “particle fields” in PopcornFX), like “Position”, “Size”, “Velocity”, “Color”, …. Each of these is a tightly packed array of values in-memory. For example, the “Size” field of 1024 particles will be an array of 1024*sizeof(float) = 4096 bytes, that will contain the 1024 sizes of the 1024 particles. Vector fields like “Position” have their x, y, and z components stored in 3 separate arrays: xxxxx yyyyy zzzzz

Also sometimes dubbed “SOAOS”. Here vectors lanes are not split in different arrays. Instead, the float3s are stored contiguously in memory, in an xyzxyzxyzxyzxyz fashion, instead of xxxxx yyyyy zzzzz for pure SOA.
Initial model of v0.1 (2008), still used today.

Like with the Hybrid SOA/AOS format, there is a single array for vector values, however, the xyzw lanes are pre-transposed inside the array, by smaller batches, whose size is usually equal to the hardware’s SIMD vector-width.

PopcornFX uses the Hybrid SOA / AOS memory model since its first version, mainly due to legacy reasons. We might switch to one of the two other SOA methods in the future if we see a real measurable performance benefit in doing so.
The execution model is a combination of multiple things:

This is the same execution model as GPUs. First, let’s quickly see how GPUs work :

In a current-gen GPU, each shader-core / compute-unit runs shaders on batches of 32 (NVIDIA) or 64 (AMD) elements, for example, 64 pixels or vertices simultaneously. These batches are named “Warps” on NVIDIA GPUs, and “Wavefronts” on AMD. two different names, but they’re the same thing. Each element of a warp or wavefront is called a “thread”.

When processing a wavefront, the GPU has two kinds of registers available: SGPRs (Scalar General Purpose Registers), and VGPRs (Vector General Purpose Registers), which hold intermediate values computed by the shader. Unlike traditional CPU-style SIMD where you’d store a float4 color inside a 4-wide SIMD register, GPUs adopt an orthogonal view (see “Streamed SIMD execution model” above), where each float4 is actually stored inside 4 VGPRs across the 64 elements of the wavefronts, one for each of the xyzw lanes. This matches exactly the pure SOA memory model (see above). So unlike on PC where SIMD registers contain 4 (SSE), 8 (AVX), or 16 (AVX512/KNC) floats, each VGPR contains 32 floats (NV), or 64 floats (AMD).

Dynamic flow control (if/else/loops) is more complex due to the notion of “divergence” between threads of the same wavefront, that breaks the “single instruction pointer” paradigm, and we won’t cover it here, if you’re interested in the subject, see this excellent article about wavefront divergence, written by Tim Foley.

The PopcornFX execution backend has the exact same execution model as a GPU, except PopcornFX’s wavefronts and registers are 1024-wide instead of 64-wide, meaning a single PopcornFX wavefront processes 1024 particles at once. (The actual wavefront size is equal to the storage page size, so varying from 256 to 2048, usually around 1024)

You can basically see the PopcornFX script CPU backend as a sort of simple GPU emulator, with even fatter wavefronts.

Function calls to C++ are naturally batched. A call to a C++ function, like a sampler, or scene.intersect(), is run as a single instruction, and where you’d write:

and reason about a single per-particle position, ray direction, and ray length, the actual C++ intersect function gets called with an array of positions, directions, and lengths, where each of those three arrays will have the size of the current wavefront.

Meta-Types allow the script backend to perform less computations. For example, all ‘Normal’ operations can be run once per frame or once per wavefront, instead of once per particle. This is equivalent to GPU’s SGPRs, whereas the ‘Stream’ Meta-Type is equivalent to VGPRs.

Meta-Types are propagated through operations, and the Meta-Type of the result of an operation is at least the highest Meta-Type of its input values. Therefore, as soon as you’re doing operations with a stream value, every operation can very quickly become streams as well.

For this reason, the script compiler also tries to reorder operations based on their meta-types to optimize computations even more. This can be seen as an equivalent to regular compiler’s optimizers pulling loop-invariant computations outside of inner-loops.

Each instruction’s Meta-Type is visible in the ‘disassembly’ tab of the script editor, on the leftmost column.

It’s the combination of all those techniques that keeps overall performance high.

The compilation pipeline : From source text to execution

This section is not directly related to the execution model, but it might be interesting to mention, as it’s the backbone structure of the scripting system, and what gives it flexibility. It’s also where optimizations take place, like arithmetic simplifications, combining constant values, etc…

When you create a PopcornFX script, the compilation pipeline goes through 3 different stages before it produces the final executable representation of the script that can be run by the runtime: The frontend, IR (Intermediate Representation), and backend.

Let’s consider this simple script as an example:

Here is what the IR of the script above looks like, when printed in text form:

And the internal bytecode:

This “multiple frontends > common IR > multiple backends” model allows to easily extend the system by adding new custom backends (for example: a GNM backend for PS4, a D3D12 backend, a Metal backend, a Vulkan/SPIRV backend, why not a CPU JIT backend, whatever…)

With v2.0, the nodal graph counts as a different front-end, that produces the common IR, and can be merged with the IR generated from script nodes, this allows very powerful inter-evolver optimizations, that were not possible before.