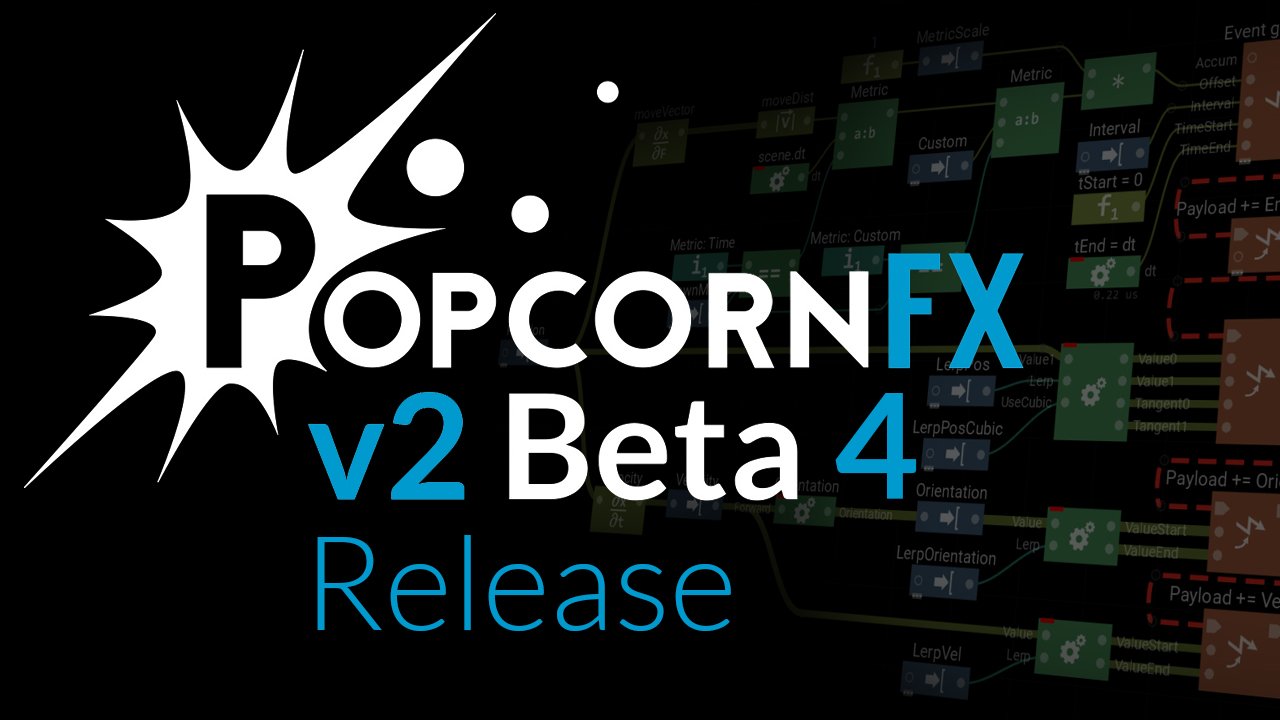 PopcornFX v2 Beta-4 is out!

PopcornFX v1 had a deterministic build. It is now built in v2, and doesn’t require a specific build.

You can configure determinism down to per-layer granularity. See #1656

Renderer resources (textures, meshes) and samplers can now be exposed as template properties in the parent graph, allowing the creation of truly generic templates.

Each template property has two additional buttons in the property grid. Now you can toggle the pin’s visibility and auto-export the property into the parent graph. See #1576 #1843

Your workflow will be much faster when you want to simply forward a child node’s properties into the parent graph, as you don’t need to create and setup an “export input” node anymore.

Here is an example of a template graph that exports 4 properties to the parent graph, without  and with auto-export. 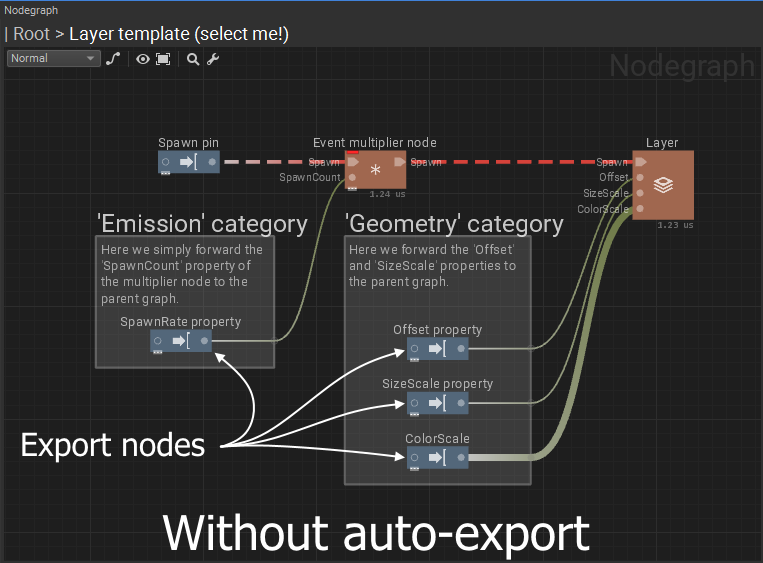 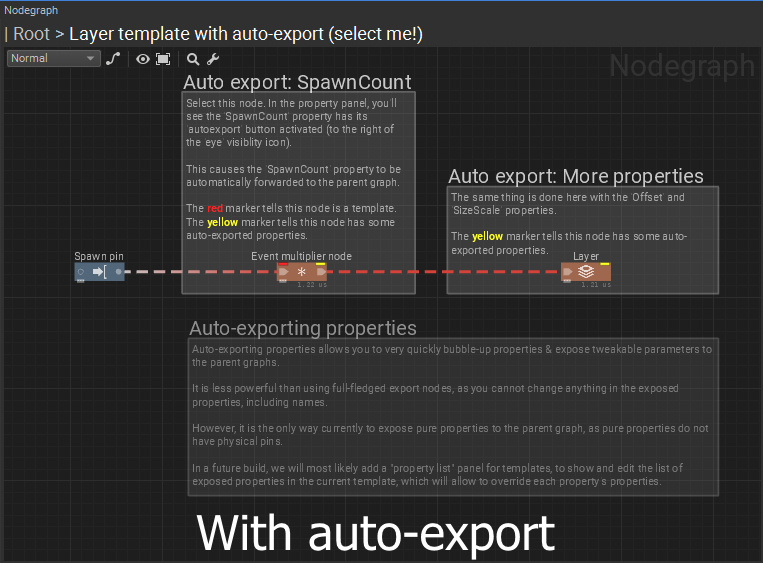 PopcornFX v1’s animtrack sampler is now available in v2; it’s even better and easier to use!
Sampling an animtrack outputs the track position, orientation, and scale at the sample point, which can be used by a transform template to transform 3D vectors/points.

Now scripts and graphs have a new type; ‘orientation‘, which stores a 3D rotation.
It is internally stored as a quaternion, so it has the same footprint as a float4.
When exposed as properties in nodes, it appears as euler angles, specified in degrees, not radians. 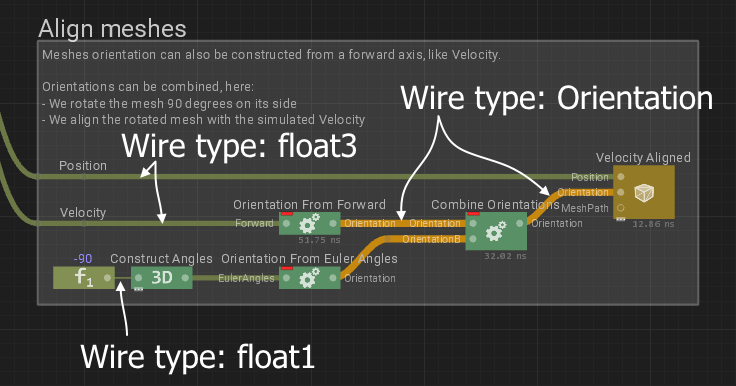 Here is another view of a layer which appends an orientation to an event payload:

IMPORTANT:
Effects will be upgraded, but if you were using scripts with the orientation functions that existed before beta-4, they will not compile anymore and you will need to fix them by replacing ‘float4’ by ‘orientation’.
Orientations cannot be cast to and from the old float4s.
You can use a variety of helper functions that build orientations from vectors.

6 – Page localization is back!

PopcornFX v2 beta-4 comes with a couple new “placement” nodes, that work like event multipliers, but modify the transforms in the event payloads to place child layers at specific locations on shapes.
Allows to spawn on regular lines, planes, cubes, on fibonacci circles and spheres.
See the tutorial effect Particles/Tutorials/110_PlacementTemplates.pkfx for usage examples

Read the full changelog in the beta download portal: https://www.popcornfx.com/services/editor-v2