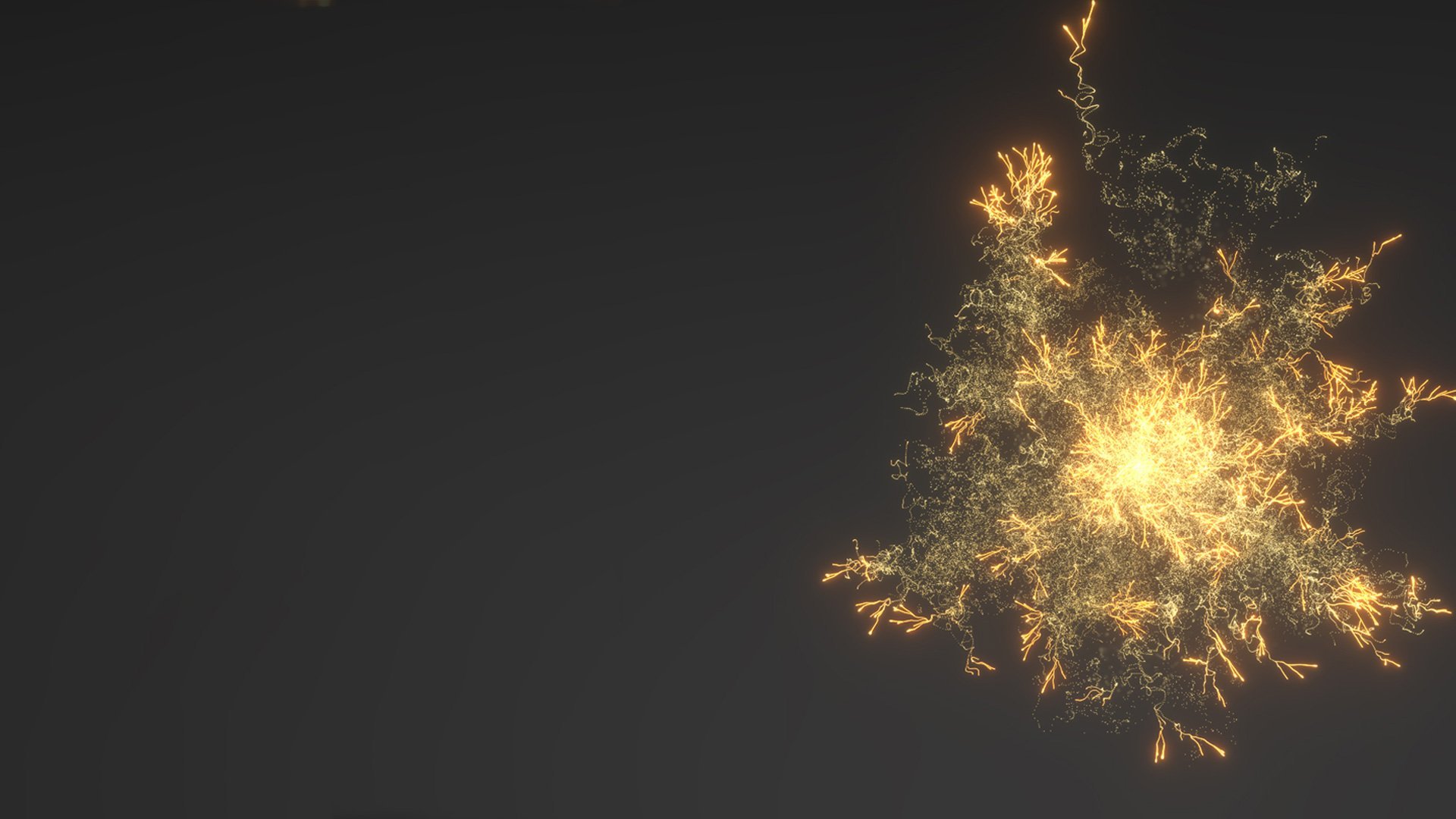 Using a density texture to spawn particles on a mesh

We are going to see how to use a new PopcornFX scripting function called “sampleSurfacePCoordsFromUV” to spawn particles on certain parts of a mesh. This function takes a texture coordinate as parameter and returns a parametric coordinate on a mesh surface. Let’s see how to use that to create our effect.
This is the final effect we are trying to achieve:

You can see that particles are only spawning on specific parts of the mesh, which are defined by a density texture.
Let’s go through the creation process now:

The first step of this technique consists of spawning particles uniformly on the surface of a mesh.
Create a new attribute sampler shape as below:

Please notice that it gives you the opportunity to choose a mesh and a texture from your Unity assets to override the samplers “SpawnMesh” and “SpawnDensity”, meaning that you will be able to have multiple instances of this effects with different meshes and textures.
Back to the effect in the PopcornFX editor: Let’s set the mesh you want to test your effect with as “3D Layers (Effect)” backdrop:

Backdrops are just here for the sake of seeing meshes in the editor, to test the physical interactions of your particles and be used as default values for the attribute samplers. They will not appear in the game engine once your effect is exported.

Note that if you bring in a custom FBX mesh, you will need to locate it in the content-browser and right-click ‘Build asset’ to be able to use it in the effect editor.
In the attribute panel, select the backdrop in the drop-down “Editor binding”

When you will import the effect in the game engine used for production, you will be able to choose a mesh from your scene to override the “SpawnMesh” sampler.
Now, create a new layer and add this code to the spawn script:

Your particles should now be spawning on the surface of the mesh.

Spawn the particles to match the density of the texture

First of all, create a texture containing any spawn information you need. Please note that, in this example, texture color is just used as a mask to decide whether to spawn a particle or not:

Secondly, add a texture attribute sampler to your effect:

You can now sample this texture from the mesh UV to get the color info.
Here is the new spawn script we did (SpawnDensity is the name of the texture attribute sampler):

You can see here that the Newborns take around 40% of the update time in the performance graph of the viewport HUD:

This means that more than 40% of the time is spent spawning particles among which only about 3% will actually live their full life. All the others will be killed instantly on the first frame, because they spawned outside the white pixels of the density texture. The optimized way of doing this is to only actually spawn particles on the part of the texture we are interested in, so no particle has to be killed at spawn.

You can remove the mesh backdrop and just select the mesh you want to use in the “MeshResource” field of the sampler.

Make sure that the “Sampler” property of the texture sampler is either set to “Density” or “Both”.

This will allow you to call the “sampleDensity” function to get texture coordinates depending on the texture color intensity.
See the texture sampler online documentation for more details.

Then, open the mesh in the PopcornFX content browser, check the “WriteAccelUV2PC” property, and rebuild the asset from the FBX to create the “UV to PCoords” acceleration data structure:

Besides, here are the reasons why you can no longer use attribute samplers:

The acceleration structure used by “sampleSurfacePCoordsFromUV“. You can see the unwrap of the mesh triangles in UV space as well as the tiles from the quadtree used to optimize the search.
Being able to override those samplers would mean that we need to rebuild these two data structures at runtime, which would be too costly.
(In the previous example, it was the opposite and we retrieved the texture coordinates from the parametric coordinates with “sampleTexcoord“)
Now, set the spawn rate of the layer to ~33 000 particles/second, and type this code in your spawn script:

As no particles are killed during the first frame anymore, all the 33 000 particles will live their full life, so the effect will look the same, but you should now have way better performance:

Here the newborn particles only take about 3% of the time. Much better.
Now let’s see how this influences the global performance of the effect. The green graph below represents the CPU time per frame.
On the left, it’s the first “non-optimized” version of this effect with the discarded particles and on the right the second method:

Note that we divided the update time by more than two, going from 0.32 ms to 0.14 ms.
Also, performance is way more stable with the second technique: you can see that there are less spikes on the graph.

Be aware that this technique is still a bit limited: you will not be able to override the texture or the mesh and your mesh needs to have non-overlapping texture coordinates for the “sampleSurfacePCoordsFromUV“.
However, it is really efficient, allowing users to avoid a lot of unnecessary particle spawns and drastically improving performance!