IMPORTANT: In v2.1, creating custom feature sets is experimental and not recommended in production. The new experimental feature set editor will be improved in the coming versions.

Each renderer has an associated feature set defining properties for this renderer: 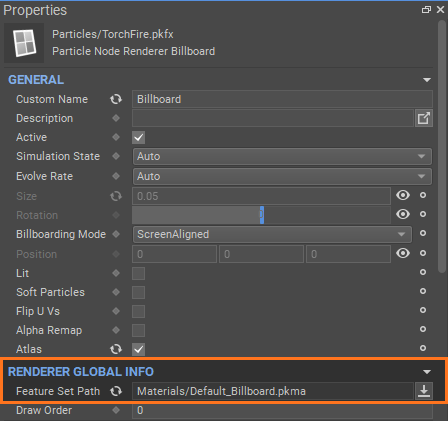 Feature sets are regular assets contained in the PopcornFX project, with the “.pkma” extension: 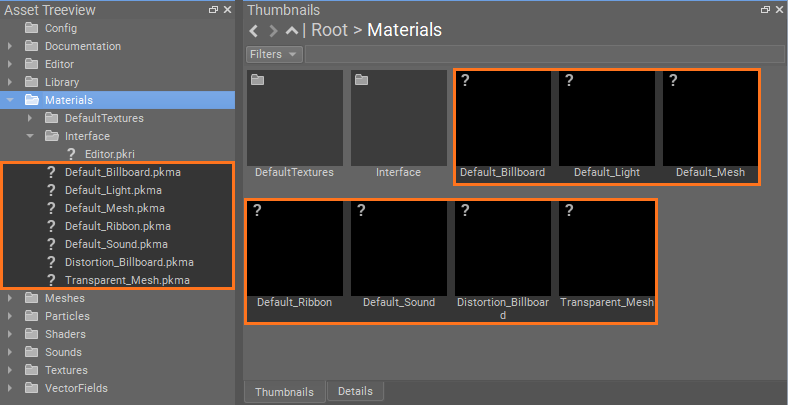 They contain the following properties:

The following feature sets are available in all projects (one per renderer):

The list of default feature sets available per project will be improved in v2.2.0

Note: PopcornFX is designed to be compatible with all game engines, so we limit the list of default rendering features to a set supported on all engine integrations we develop. Nothing stops a production to design custom rendering features, but it will break rendering compatibility with other game engines (and could prevent selling engine-agnostic content on a marketplace).

See rendering interface for a list of rendering features available by default in an UE4/Unity/Lumberyard project.

By default, all renderers select their default feature set (ie. Default_Billboard.pkma for a billboard renderer): 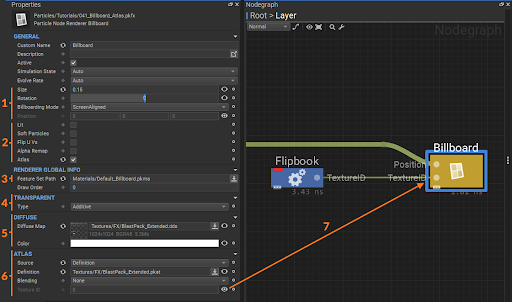 Various rendering examples are available in the tutorials effect pack.

Another example with a mesh material in UE4:

PopcornFX Editor does not have a material graph editor, but supports an HLSL-like editor:

The vertex and fragment shaders of a feature-set can be edited in that editor (see feature set editor).

Note: That shader code is editor only, it is not exported to UE4, Unity, Lumberyard or custom game engines.