When creating a custom material, there are two things to consider: 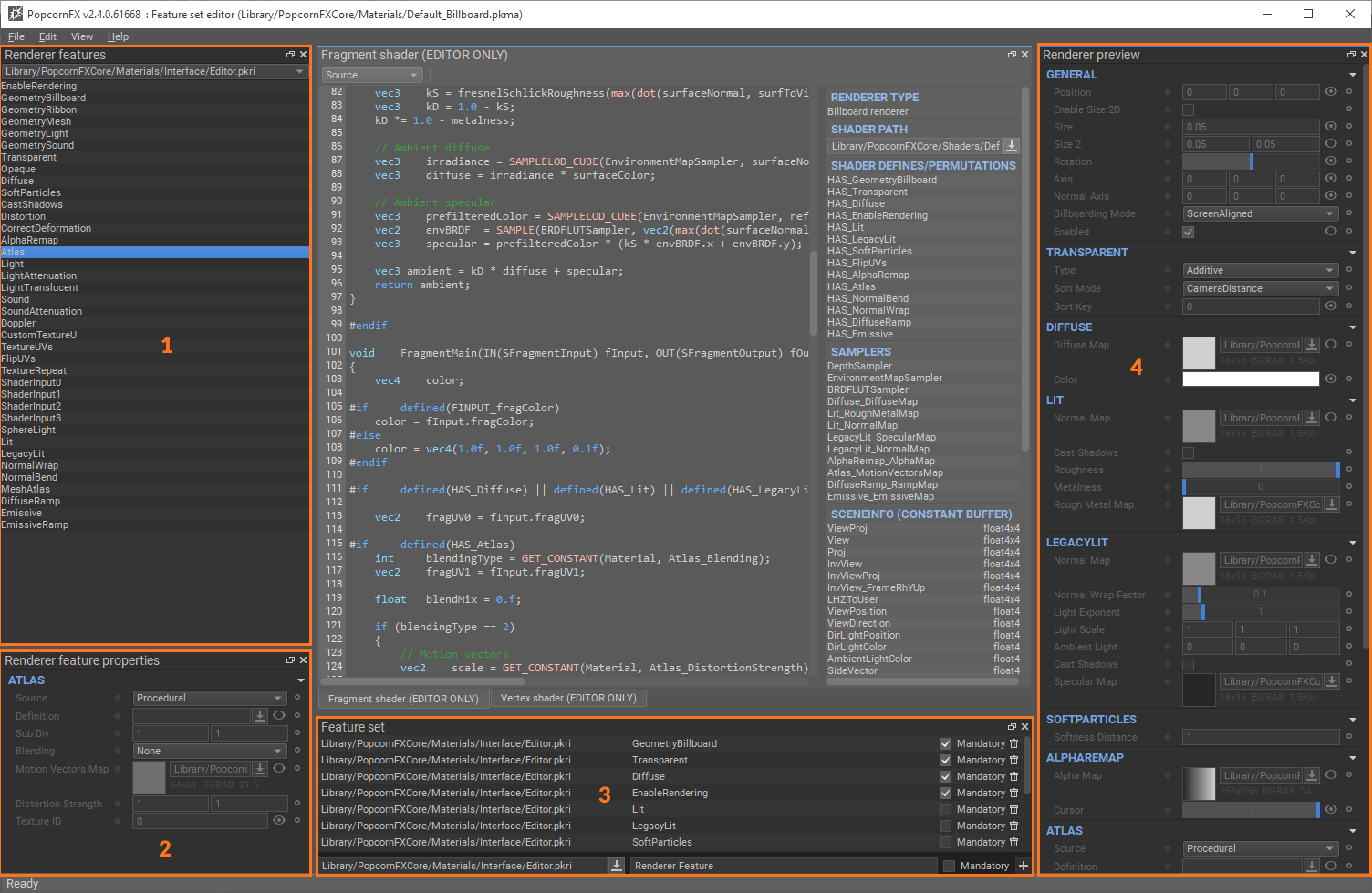 Mandatory in section #3 determines whether the rendering feature is enabled by default (and can’t be disabled). In this material, GeometryBillboard, Transparent, Diffuse and EnableRendering are considered the minimum features for this material.

IMPORTANT: It is mandatory that each feature set contains one Geometry* rendering feature (with Mandatory enabled). This feature determines the kind of renderer this material will be compatible with. 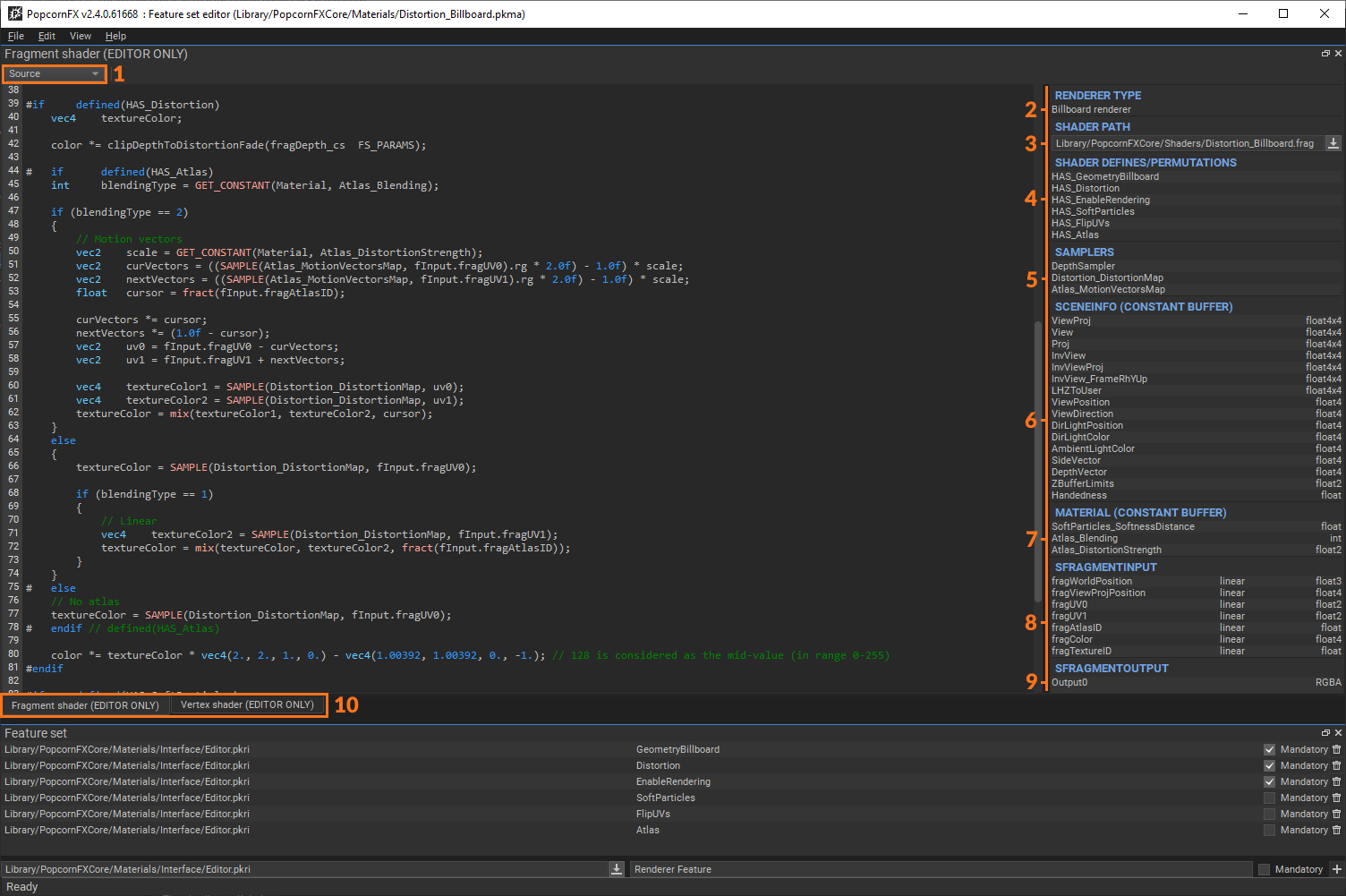 A vertex and fragment shader editor are available to write the shaders, so artists work with a preview of their effects matching the final game engine’s viewport.

IMPORTANT: In v2.4, those shaders are only used for rendering in PK-Editor and any engine integration using PK-SampleLib’s RHI implementation. Those shaders will not be exported to the game engine, so the integrators will have to re-create those materials in the final game engine.

When in the “Source” view mode, saving (Ctrl+S) will trigger an asynchronous shader compilation of all shader permutations (there will be a lot, depending on the number of rendering features in the material).

Note: Shader compilation currently will freeze/slow the UI for several frames. This is a known issue in 2.4.0 and will be addressed in a 2.4 patch. 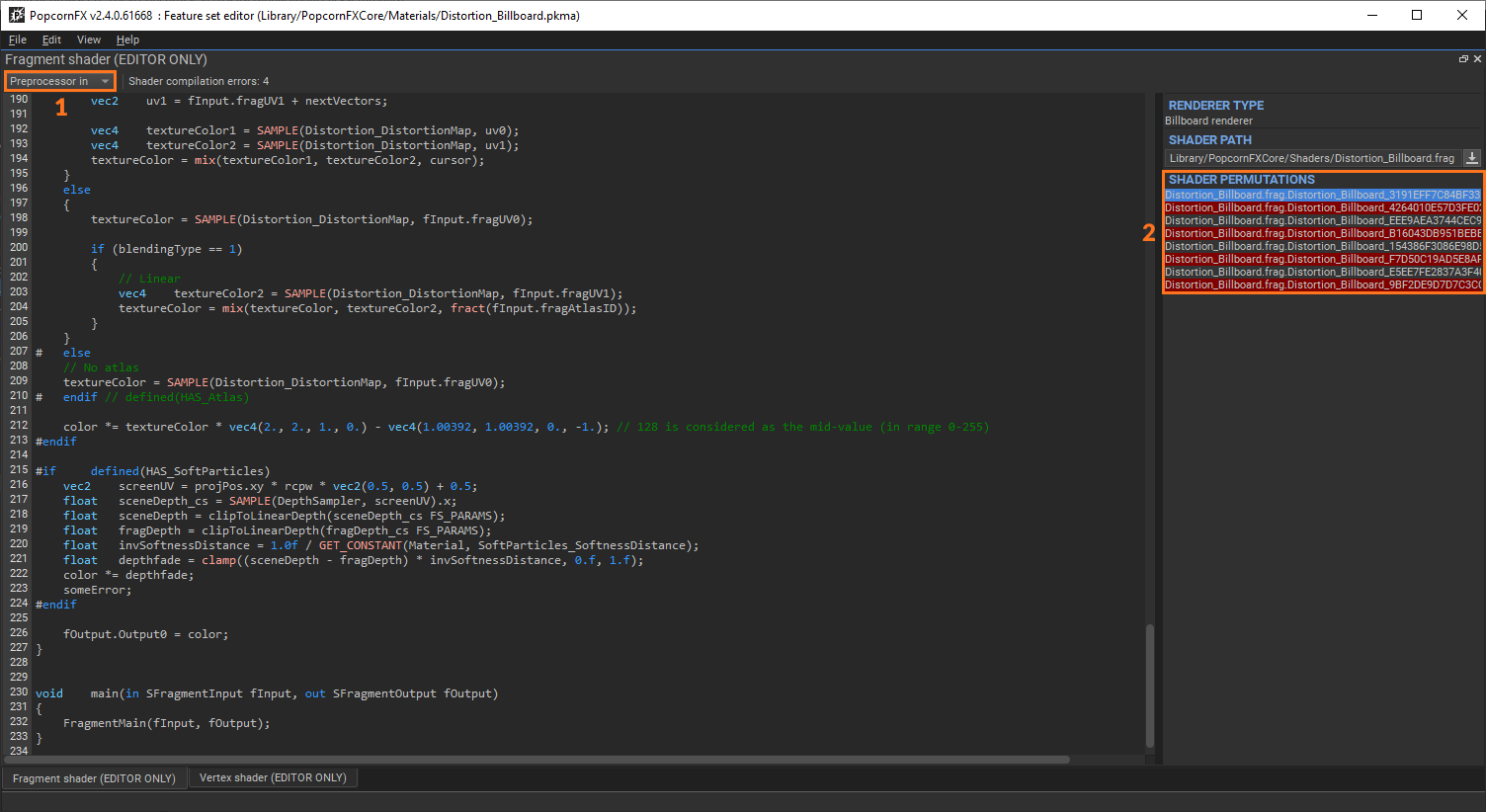 This view shows what comes in the shader compiler, after the shader has been preprocessed. This is the final shader code.

Hovering a shader permutation displays the shader error (if any), allowing to find the issue.