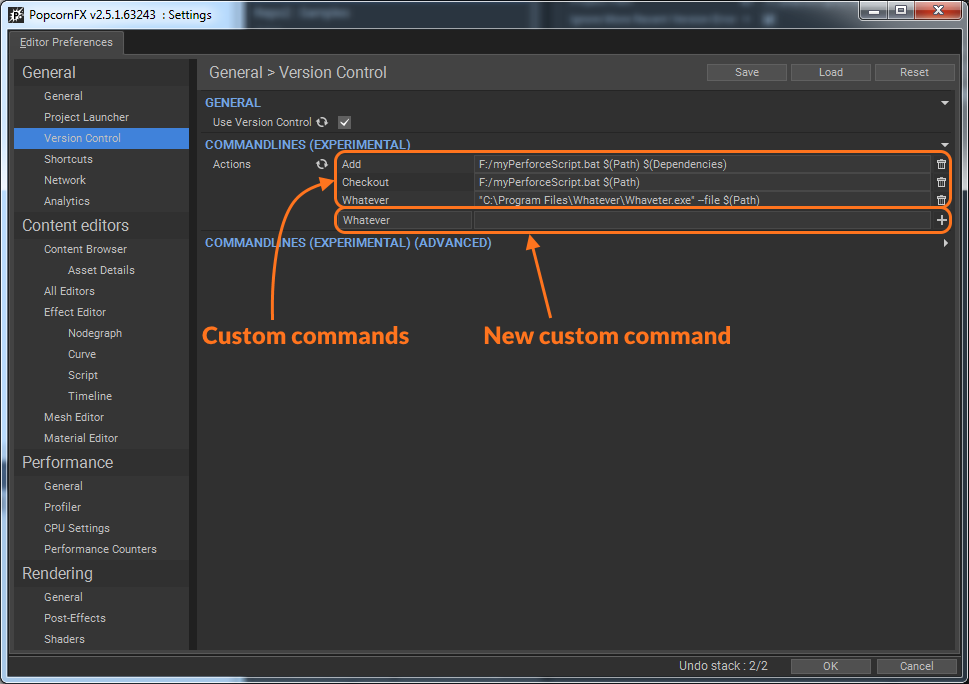 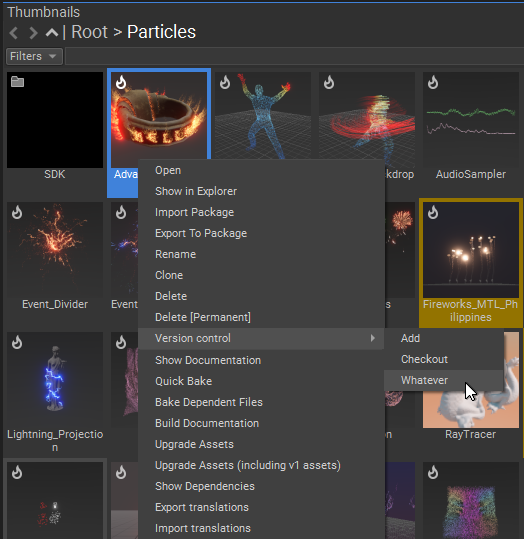 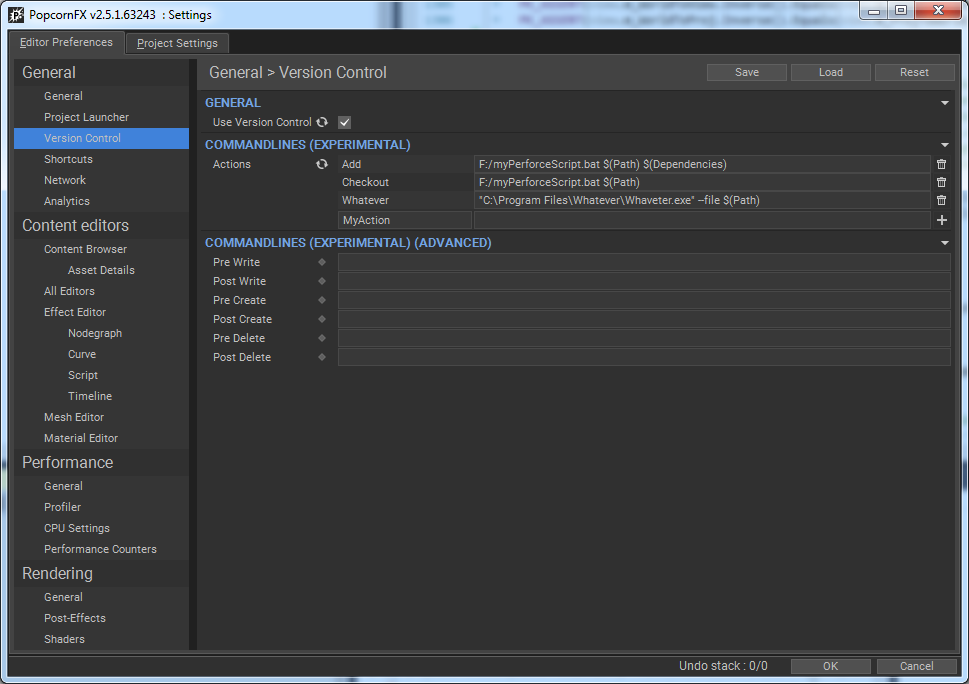 We provide a python script to ease the use of perforce with the Advanced command-lines.
You can use it as is or take it as example to write your own script for your version control system.
This script requires fixes made in the PopcornFX Editor version 2.9.19 to work, so you will need this version or above.
To use it, download the script here perforce.py and setup the Advanced command-lines like this:

Replace popcornfx_workspace by the name of your workspace.