When loading the PopcornFX plugin for the first time, a PKFxSetting.asset will be created under “Assets/Resources/”. This asset is used to configure all PopcornFX settings.

Those options are separated in 4 main categories: 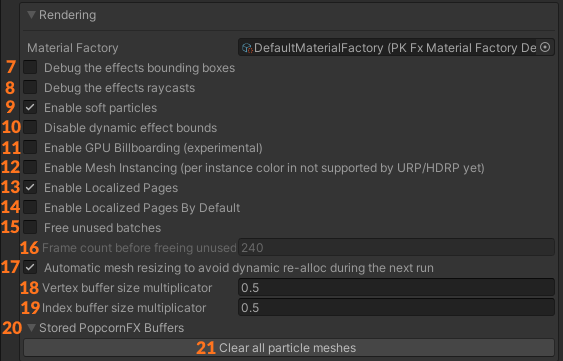 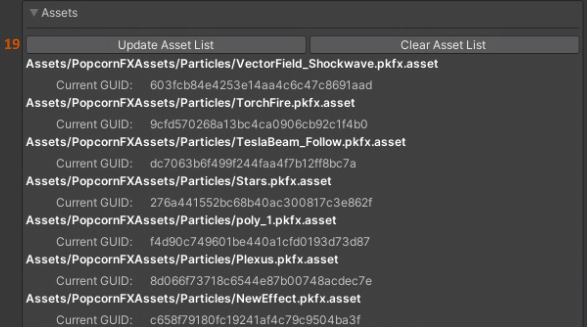 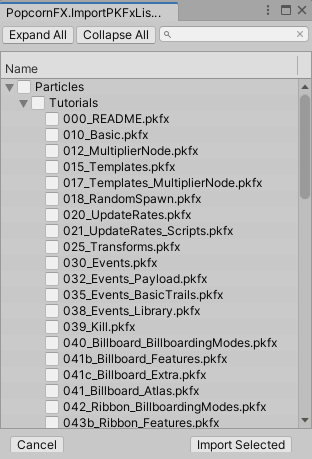 A PopcornFX Effect is the asset (.pkfx.asset) that will contain the sources of the PopcornFX Effect (.pkfx) (see Effect production pipeline). It is defined as an asset by PKFxEffectAsset.cs

To import an effect select the PKFXSetting, Set your “Source Effects Pack” with a valid PopcornFX project (.pkproj). Be sure that the version number of the project is matching the project version of your Unity plugin.

You can then import the whole project, or click on “Choose files” and choose wich effect to import with the interface provided (right image). 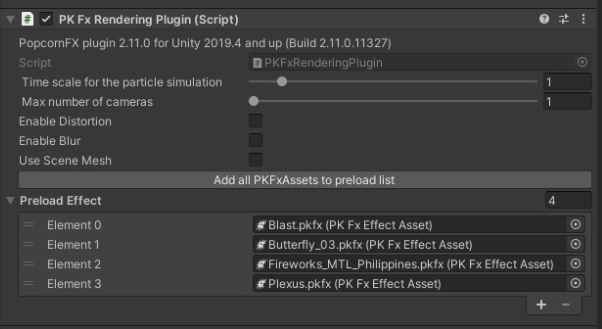 By default, PopcornFX simulation is called in MonoBehavior.LateUpdate() while using ECS, we might have systems updating entities transforms after MonoBehavior.LateUpdate(). This will cause one frame of lag to effect transforms.
For better scheduling, PopcornFX plugin lets you call the particle update explicitly. Check “Call particle simulation update manually” in  the PopcornFXSettings asset.

By calling Update() inside a custom ECS system, you can ensure the simulation is run after another specific system.

During game initialization, we get the system using ECS’s World.GetOrCreateSystem() and reference the currentPKFXRenderingPlugin.
Here, we assume that the rendering plugin is always in the scene but it can also be instantiated programmatically.