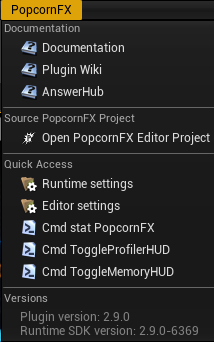 Some performance helpers can be accessed via the PopcornFX menu in UE toolbar. 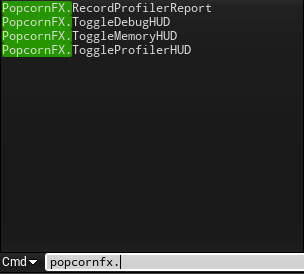 PopcornFX simulation and rendering is multithreaded, using a “worker thread” pool. By default, the plugin uses PopcornFX C++ SDK default thread pool, which will use all available logical cores, minus 2 (leaving the main thread & rendering thread). This works fine by default, but for game productions it is recommended to directly schedule PopcornFX tasks in UE’s task graph, which allows better scheduling with other UE tasks (& less worker threads)

At startup, the plugin will fetch this variable to determine whether or not to use UE’s task graph. Enabling this effectively lets UE schedule PopcornFX tasks in its task graph. Knowing that UE’s task graph will be tweaked by Epic per platforms, based on UE’s workload and frame layout, ultimately it’s best to use this option for PopcornFX particles.

Note: In future PopcornFX UE plugin versions, this might become the default.

All “scope cycle” markers the plugin registers (viewed when using the stat popcornfx command) are visible by default in UE Insights.

For the capture above, UE Editor was launched with the following additional options: -tracehost=127.0.0.1 -trace=cpu -statnamedevents 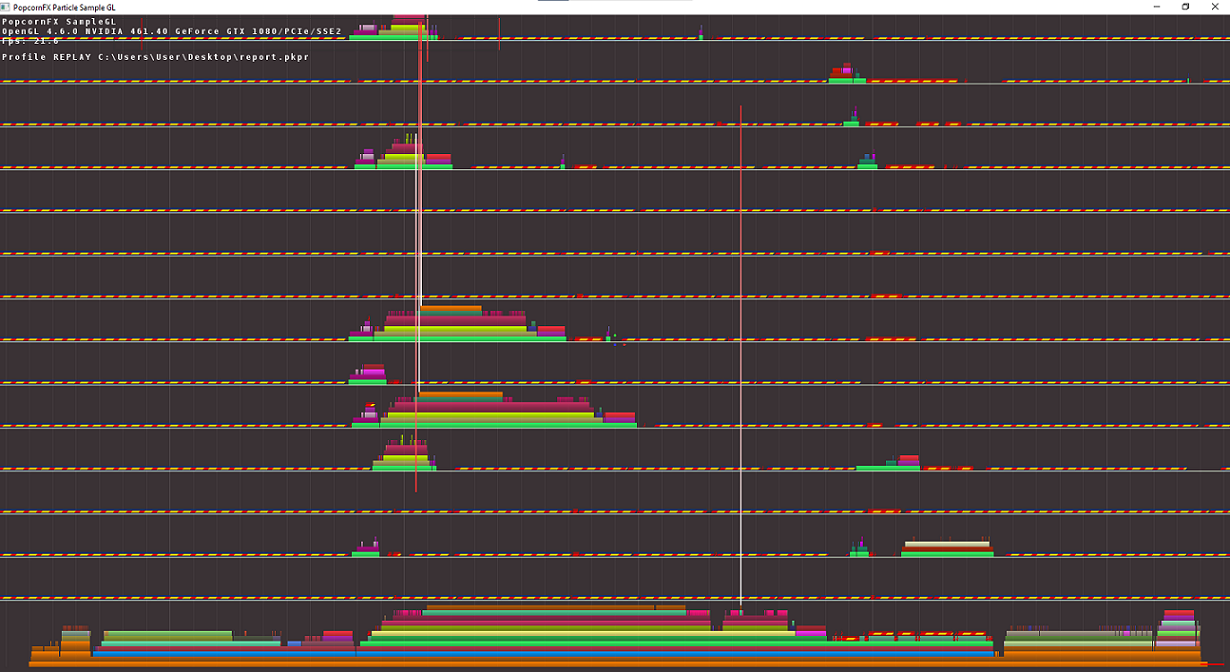